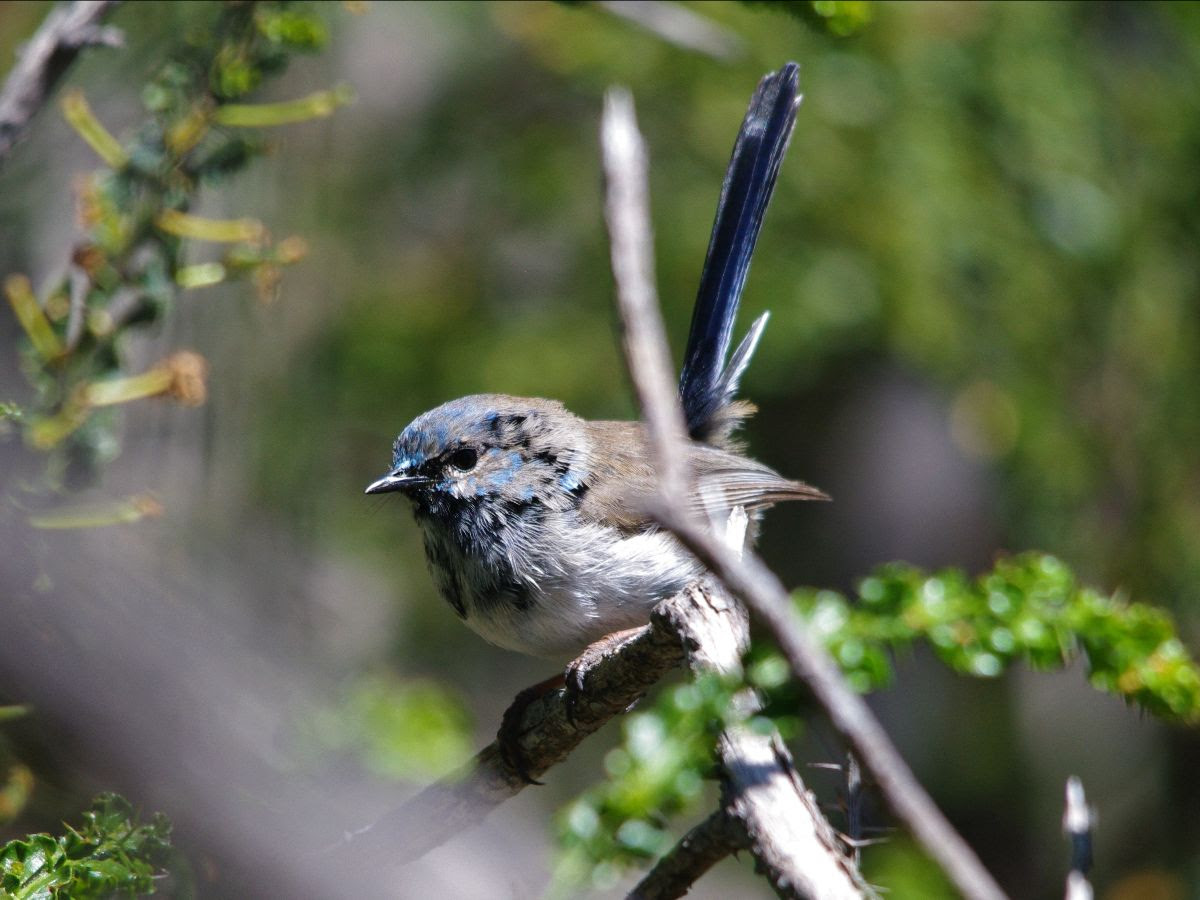 Over the last couple of weeks, some birds, such Spotted Dove, Little Raven and Australian Magpie, have been observed carrying nesting material, while a pair of Masked Lapwings were seen being ‘intimate’ together on a roof in Arcturus Rd. The pair of resident Black Swans at Begola Wetlands have built their nest in dense vegetation on the island and seem to be currently incubating eggs. Keep an eye out for cygnets in maybe a couple of weeks time!

Perhaps a not so obvious, but no less prevalent, sign of the breeding urge in our local birds has been an increase in vocal and physical behaviours. These behaviours are often quite loud and aggressive, as birds stake out breeding territories and compete for potential mates. You may have seen in the last few weeks a range of birds, such as New Holland Honeyeater, Red Wattlebird, White-browed Scrubwren or Brown Thornbill, either chasing each other, calling from prominent positions or just calling or behaving in a slightly more frenetic fashion than usual. Some bird species may even change their plumage for the breeding season. If you come across a Superb Fairy-wren that appears a bit ‘tatty’, a closer inspection will most likely reveal that it is a male part way through moulting back to its striking blue and black breeding plumage (see above photo of a moulting male at the Ocean Grove Nature Reserve in 2017).

Over the next few weeks, these courtship, copulative and nest-building activities will begin to segue into egg incubation, egg hatching and the consequent frantic efforts by parents to feed the resultant nestlings. Regardless of whatever stage of social restrictions we may be staying in or moving to or from, the cycles of nature will continue rolling on.